UCA (Unsafe Control Action) table is where you analyze the control actions you defined in the Control Structure Diagram and identify the unsafe ones in a particular context which leads to a hazard. 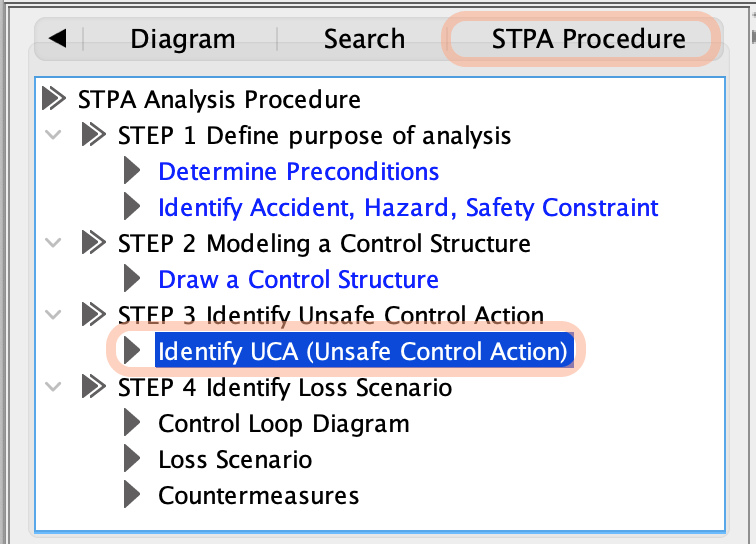 Four Guide words in the column

There are four ways a control action can be unsafe and these are included in the columns as “guide words” by default:

In the UCA table, you should specify which hazard that the UCA leads to, and the context in which the control action is unsafe.

We suggest you fill out all the fields in UCA table. So do not leave any fields blank or put N/A even when the Control Action is identified as Non-UCA. Instead, specify the reason why this Control Action is safe.