Astah System Safety is a new MBSE tool for system engineers and safety engineers providing SysML, GSN, STAMP/STPA, SCDL all in one package.
A 40-day free trial is available before purchase. If you have tried it out already but want to evaluate it again, you can! 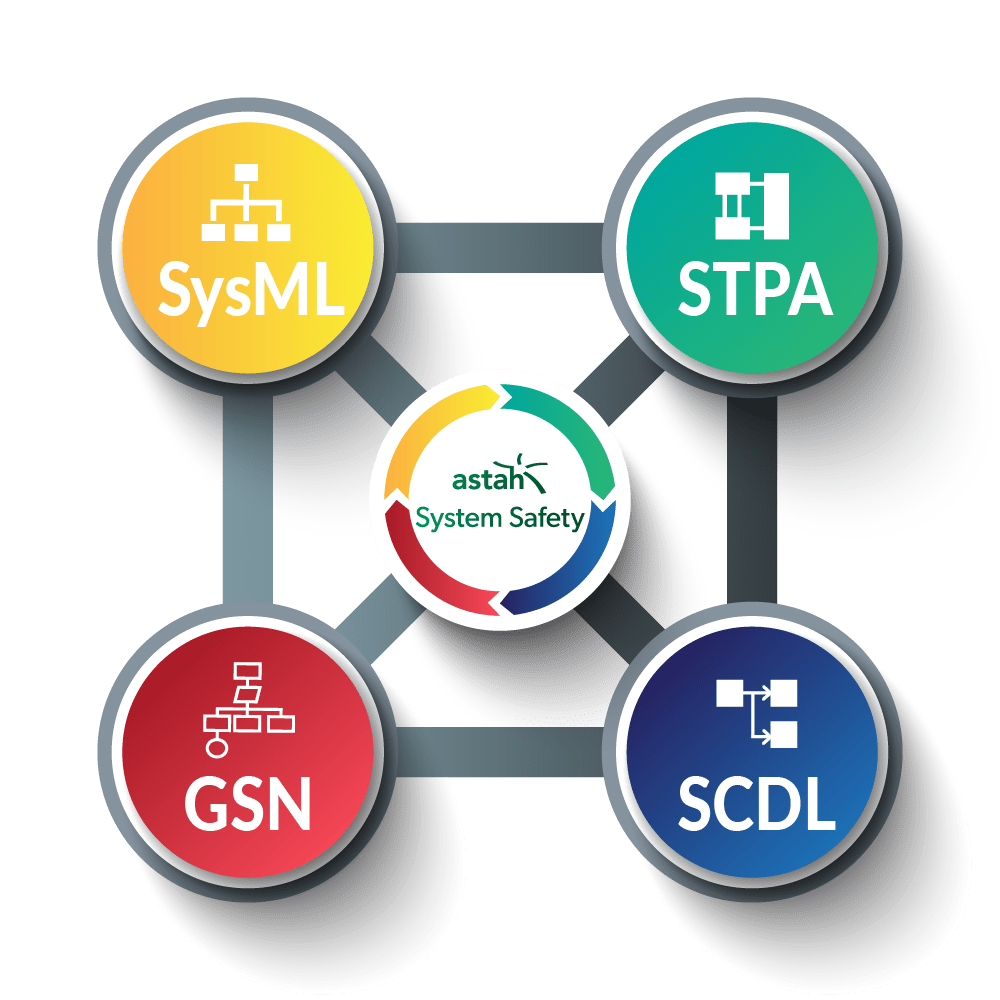 Sync-Converter to maintain the model consistency

In Astah System Safety, you can convert SysML models to STAMP/STPA models or SCDL models and vice versa.
There is a new option “Sync-Convert” which lets the original model and converted model sync the content. So when you update one model, it will update the other converted model automatically.
This keeps your models stay consistent throughout the project without extra effort.

We have made progress in implementing APIs for project management, view-related and common diagram elements. We also supported APIs that include editing of requirement diagrams, state machine diagrams, activity diagrams, block definition diagrams, and internal block diagrams, mainly related to SysML. Please take advantage of the APIs that are now in place, along with the APIs for other models that were already supported.

[—] Implemented APIs that were not yet supported in general.
[234] Scrolling and other operations in the figure area of the comparison dialog have been improved.
[303] Reduced the risk of accidental overwriting when saving a file with project disambiguation.

[769] Internal block diagrams, activity diagrams, parametric diagrams, requirement diagrams, and sequence diagrams in Cameo Systems Modeler models can now be imported.
[915] Internal block diagram and parametric diagram information can now be output in a format that can be imported by Cameo Systems Modeler.
[967] The [Model Correction] – [Check Invalid Models] function can now also detect invalid models in sequence diagrams.
[904] When duplicating a non-diagram, all the subordinate diagrams are opened in the editor, but now they are not.

[254] The contents of SysML blocks and STAMP components can now be synchronized.

[51] The contents of SysML requests and SCDL requests can now be synchronized.