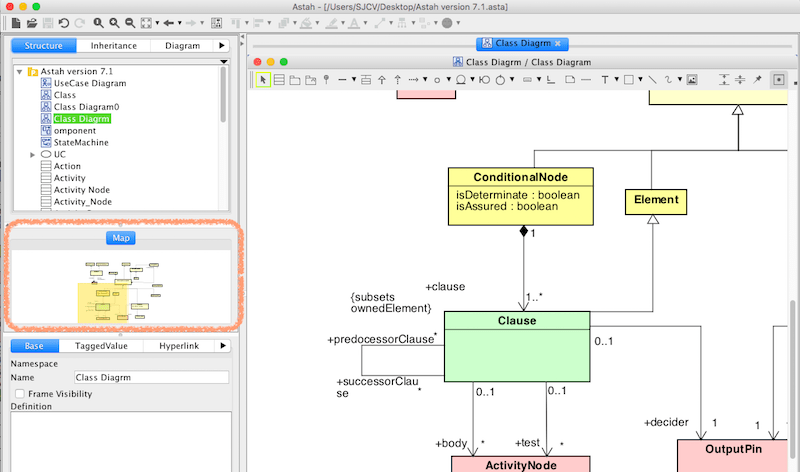 Mapview is now added on the screen – you can smoothly control the diagram view using Map. Zooming and scrolling are all done in the Map.

Font setting is easier than ever. In previous versions, you had to uncheck several checkboxes in order to set font. Now simplified font box enables you to access your preferred font smoothly.

Finally, you can specify color settings through RGB! Also, transparency is now adjustable.

One-click to convert Classes to Interface

When you create design models based on conceptual models, you may want to convert existing classes to Interfaces. Since version 7.1, you can do so with one-click!

Now you are able to wrap text on the label of transitions in Statemachine diagram and control flows in Activity Diagram using API!

Based on user feedback, many improvements are made in the ER Diagram. One of them is adding a checkbox not to enclose the default value of ER Attributes when exporting SQL. Also, the ability to import ER domains and models from Excel is enhanced!